Home / Portfolio / Case study from the perspective of a Teacher

Case study from the perspective of a Teacher 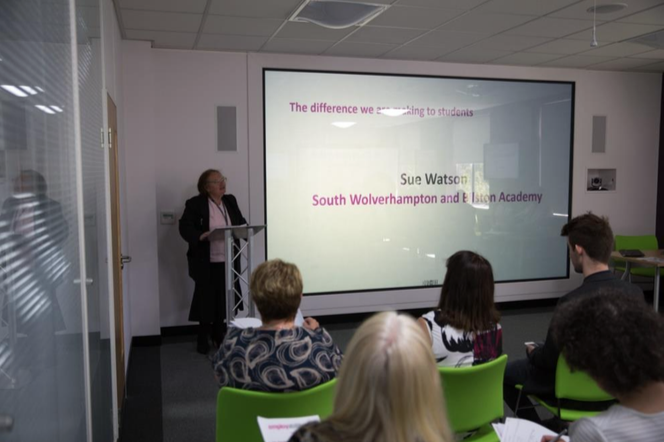 One of my roles within South Wolverhampton and Bilston Academy is Business and Community links and we became involved with Employability UK in the Autumn Term 0f 2014 with a pilot group of year 12 Engineering Students.

During the introductory meeting with Diane Vernon the students were very quiet and lacking in confidence and we actually wondered at this stage how successful the programme would be. The next session introduced the mentors, each student had his own individual mentor from the world of work. I would like to say that the selection of student to mentor is very important. The mentor/student relationship developed throughout and the mentors showed total commitment to their students. Workplace visits gave the students an insight into the real world of work and allowed them to discuss progression routes with people who had already gone through the programme.

The impact of the programme for the students was substantial. As the course went on confidence grew, social skills developed, written and oral ability advanced – in some cases with great alacrity. The students interacted with adults, gained understanding of what was required in a working environment and saw what was possible. The group ranged from high flyers academically to students who have always had to receive extra help. All moved forward.

There were many positives for the Academy. The staff in Engineering felt that the students had seen the importance of their studies and broadened their understanding of different opportunities – there was a positive reflection in B Tech grades. Those students following an English course showed “markedly improved oral skills especially in discussion which resulted in improved GCSE speaking and listening gradings”. The Pastoral team, including the Careers staff felt that employability skills, especially in interviewing techniques had improved greatly. So many positives were seen.

I feel that for the students and the Academy this has been a very worthwhile partnership and I would totally endorse and recommend it.

I feel that for the students and the Academy, working with EmployabilityUK has been a very worthwhile partnership and I would totally endorse and recommend it.

This website uses cookies to improve your experience while you navigate through the website. Out of these, the cookies that are categorized as necessary are stored on your browser as they are essential for the working of basic functionalities of the website. We also use third-party cookies that help us analyze and understand how you use this website. These cookies will be stored in your browser only with your consent. You also have the option to opt-out of these cookies. But opting out of some of these cookies may affect your browsing experience.
Necessary Always Enabled

Any cookies that may not be particularly necessary for the website to function and is used specifically to collect user personal data via analytics, ads, other embedded contents are termed as non-necessary cookies. It is mandatory to procure user consent prior to running these cookies on your website.